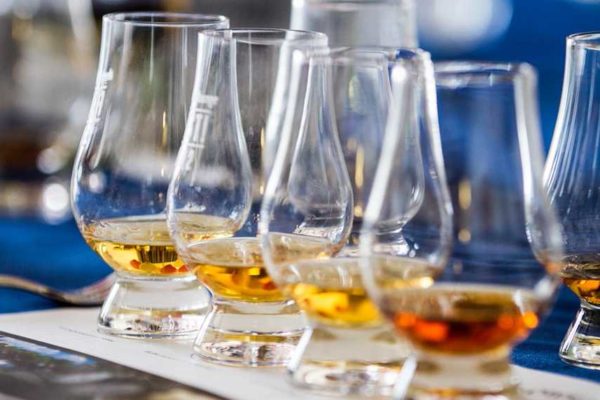 Hi folks! Following on from my previous post delving into esters found in whisky, we’re now going to move on to another major group of compounds present in the aromas you smell and taste in a dram: aldehydes.

An introduction to Aldehydes in whisky.

Aldehydes are a group of chemicals which include a carbon atom bonded with a hydrogen atom and double bonded to an oxygen atom, while the rest of the atoms making up the chain (marked as ‘R’ in the diagram below) are connected to that resulting CHO structure (isn’t organic chemistry sexy?).

Aldehydes are formed throughout the whisky-making process, when primary alcohols (such as ethanol) are combined with oxygen to become oxidised.

In fermentation, aldehydes are one of the byproducts formed as yeast creates alcohols by feeding on the sugars in the wort (the warm mashed-up barley soup). These aldehydes are mostly dominated by acetaldehyde at this point – a result of the oxidation of ethanol, the most common alcohol – and they’re a strong and unpleasantly smelly group of compounds…

Read the full article at The Whisky Lounge